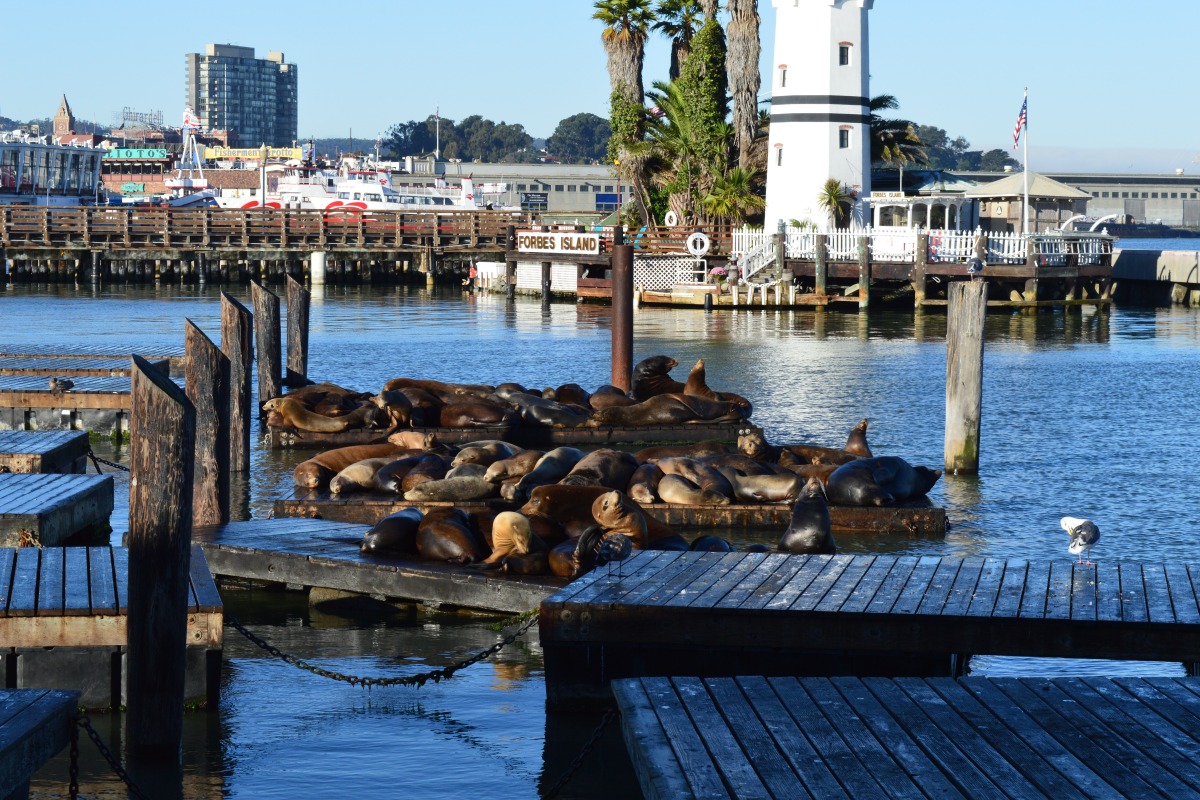 Embracing the local wildlife is sometimes the most interesting, and almost always the cutest part of visiting a new city, and San Francisco was no exception for that rule. If you find yourself in San Fran, it is almost impossible to stop yourself taking a stroll down to Pier 39 to check out the cutest sea-lebrities ever.

K-dock at Pier 39 spends a lot of its day adorned with dozen of salty sea-dogs, or, if you want to get technical, Californian Sea Lions. These beautiful mammals found a home on Pier 39 sometime after an earthquake in 1989, and completely took over K-dock, with the city deciding to just give up that space for their new friends.

Walking around Pier 39, the Sea Lions playful barking can often be heard ringing out across the water, luring in lovers of all things cute. They don’t do a whole lot really, mostly just sun themselves, occasionally go for a swim, eat some fish and sometimes play (or maybe, fight) with each other.

But what do you really expect? It must be exhausting being so darn cute all of the time! San Franciscans and tourists alike love the lions, and they certainly aren’t a sea-cret; celebrated throughout the city, plastered all over tourist shops, immortalised in statues, and showcased in the sea-lion centre erected in their honour!

The Sea Lion centre can be found straight across from K-dock and is a small centre, serving to provide more information on sea lion conservation and of course on the animals themselves. It is basically a single room, but with very knowledgable staff and loads of little interactive displays there is plenty of things there to keep you entertained for a little while! And of course there are a few cute little souvenirs you can pick up, which all raise money for the conservation society.