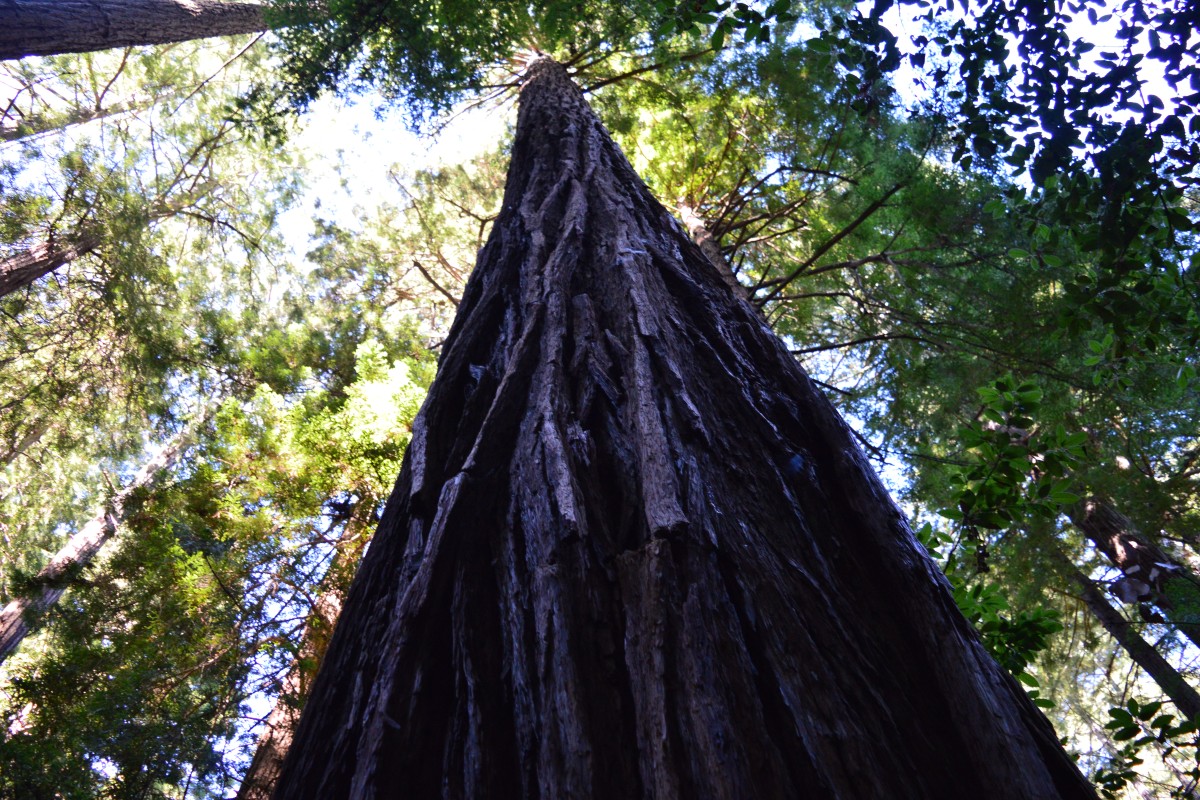 Lets talk about trees. Now, it would be a total lie to say that I travelled across the world to examine different eco-cultures, but appreciate what nature has to offer up there? That I can get amongst! Outside of San Francisco, we compensated for missing our tour to Yosemite with an, albeit smaller, but still impressive national park.

Muir Woods is around an hour’s drive out of San Francisco, and full of North America’s famous redwoods. Named after ecologist John Muir, this national monument is a beautiful tribute to someone whose activism contributed so much to conservation in the United States.

But back on the important stuff, the park itself is really pretty.

The park isn’t massive, you could probably walk around it leisurely in 2-3 hours, and it definitely isn’t a difficult walk, flat as a tack and the pathways are well maintained and very wide.

But they’re nothing compared to the trees. The redwoods are like nothing I’ve seen in Aus, and it is a humbling feeling to stand next to something that huge. The trees impede upon the sky so much so, that you can barely see through them, light filters down, mottling the ground and making the greenery put on a full display of every shade of green.

It really is a beautiful sight.

Muir woods is a great option if you don’t have the time or money to go all the way to Yosemite, but still want to gawk at some redwoods.

The drive up to Muir Woods is almost as impressive as the park itself, though not for those who get carsick. Winding roads up through mountainous hills and past some incredible views.

If you’re heading to San Francisco, and have an appreciation for the finer things nature has to offer, definitely put a trip to Muir Woods on your itinerary. The trip can easily be done in a half day, but why not stretch it out and spend a whole day marvelling at the beauty that this mini-escape has to offer.